Rust is a language that gives you:

It's a language for writing highly reliable, screamingly fast software—and having fun doing it. 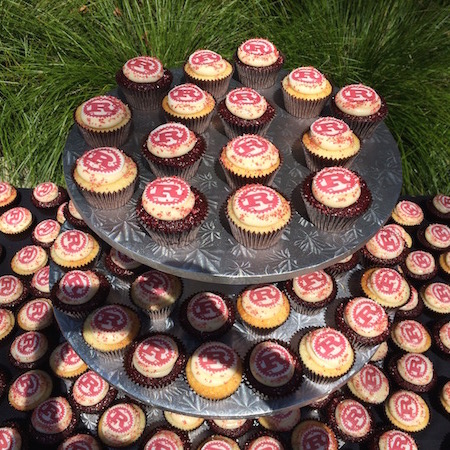 A lot has happened in the last 365 days:

On an average week this year, the Rust community merged two RFCs and published 53 brand new crates. Not a single day went by without at least one new Rust library hitting the central package manager. And Rust topped the "most loved language" in this year's StackOverflow survey.

Speaking of numbers: we recently launched a survey of our own, and want to hear from you whether you are an old hat at Rust, or have never used it.

One place where our numbers are not where we want them to be: community diversity. We've had ongoing local outreach efforts, but the Rust community team will soon be launching a coordinated, global effort following the Bridge model (e.g. RailsBridge). If you want to get involved, or have other ideas for outreach, please let the community team know.

This year saw more companies betting on Rust. Each one has a story, but two particularly resonated.

First, there's Dropbox. For the last several years, the company has been secretively working on a move away from AWS and onto its own infrastructure. The move, which is now complete, included developing custom-build hardware and the software to drive it. While much of Dropbox's back-end infrastructure is historically written in Go, for some key components the memory footprint and lack of control stood in the way of achieving the server utilization they were striving for. They rewrote those components in Rust. In the words of Jamie Turner, a lead engineer for the project, "the advantages of Rust are many: really powerful abstractions, no null, no segfaults, no leaks, yet C-like performance and control over memory."

Second, there's Mozilla. They've long been developing Servo as a research browser engine in Rust, but their first production Rust code shipped through a different vehicle: Firefox. In Firefox 45, without any fanfare, Rust code for mp4 metadata parsing went out to OSX and 64-bit Linux users; it will hit Windows in version 48. The code is currently running in test mode, with its results compared against the legacy C++ library: 100% correctness on 1 billion reported executions. But this code is just the tip of the iceberg: after laying a lot of groundwork for Rust integration, Firefox is poised to bring in significant amounts of new Rust code, including components from Servo—and not just in test mode.

We're hearing similar stories from a range of other shops that are putting Rust into production: Rust helps a team punch above its weight. It gives many of the same benefits as traditional systems languages while being more approachable, safer and often more productive.

These are just a few stories of Rust in production, but we'd love to hear yours!

Of course, Rust itself hasn't been standing still. The focus in its first year has been growing and polishing its ecosystem and tooling:

There's a lot more to say about what's happened and what's coming up in the Rust world—over the coming months, we'll be using this blog to say it.

It turns out that people like to get together and talk Rust. We had a sold out RustCamp last August, and several upcoming events in 2016:

And that's no surprise. From a personal perspective, the best part about working with Rust is its community. It's hard to explain quite what it's like to be part of this group, but two things stand out. First, its sheer energy: so much happens in any given week that This Week in Rust is a vital resource for anyone hoping to keep up. Second, its welcoming spirit. Rust's core message is one of empowerment—you can fearlessly write safe, low-level systems code—and that's reflected in the community. We're all here to learn how to be better programmers, and support each other in doing so.

There's never been a better time to get started with Rust, whether through attending a local meetup, saying hello in the users forum, watching a talk, or reading the book. No matter how you find your way in, we'll be glad to have you.