Before 1.0, Rust had a reputation for changing the language on a near-daily basis. By contrast, the website has looked pretty much the same. Here’s the first version of rust-lang.org, seven years ago (courtesy of the WayBack Machine): 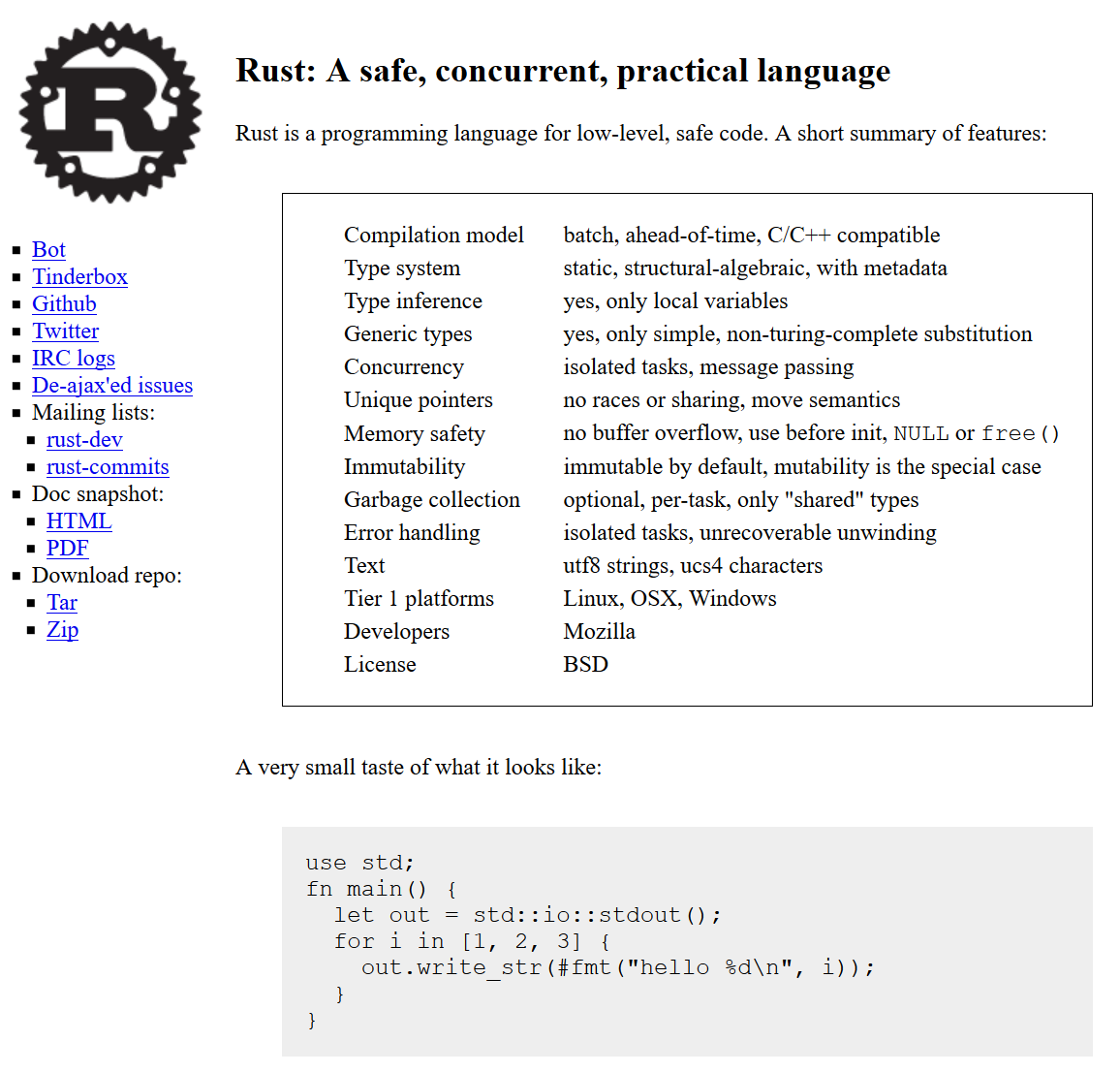 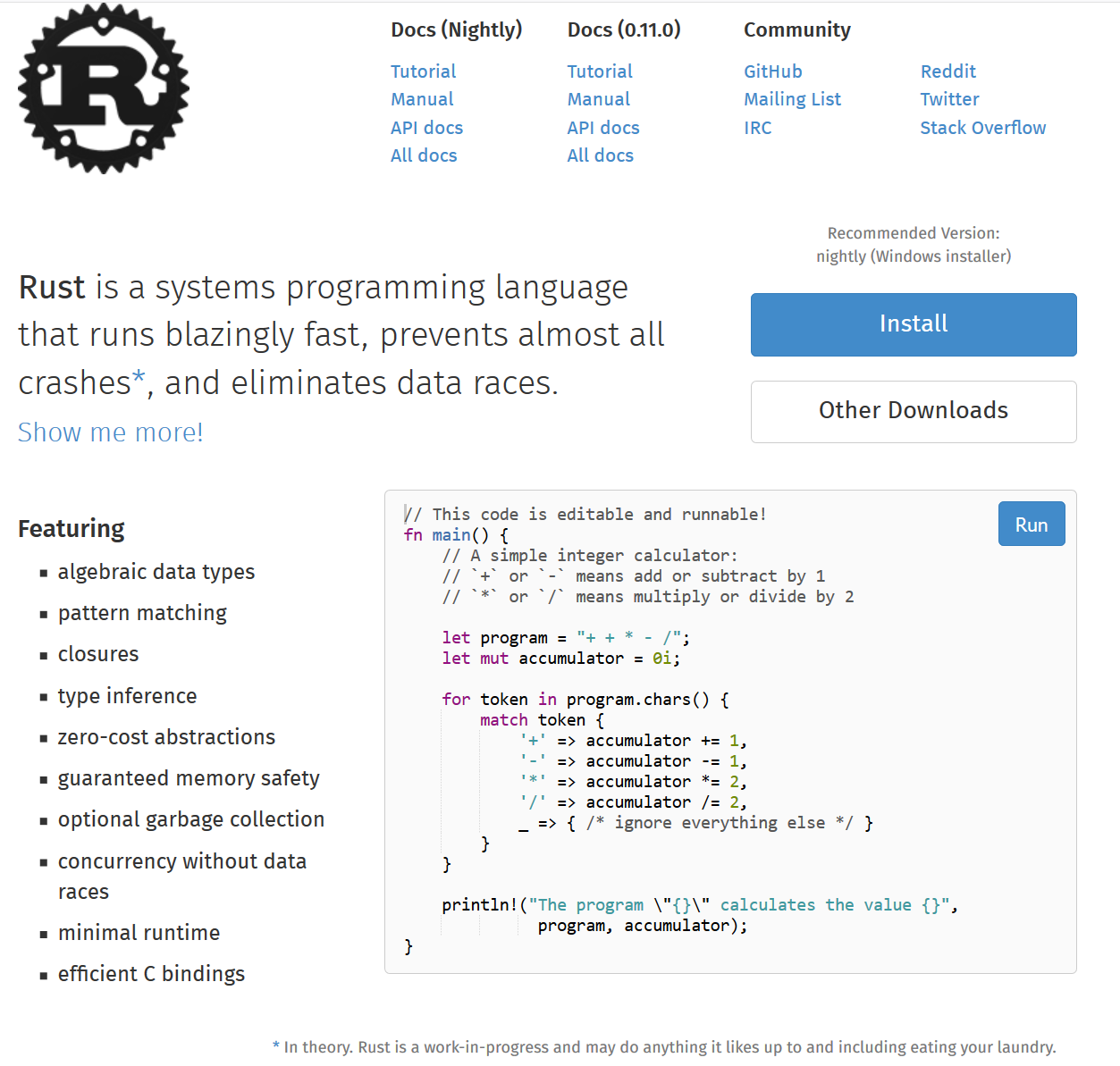 If you visit https://rust-lang.org today, you'll see this: 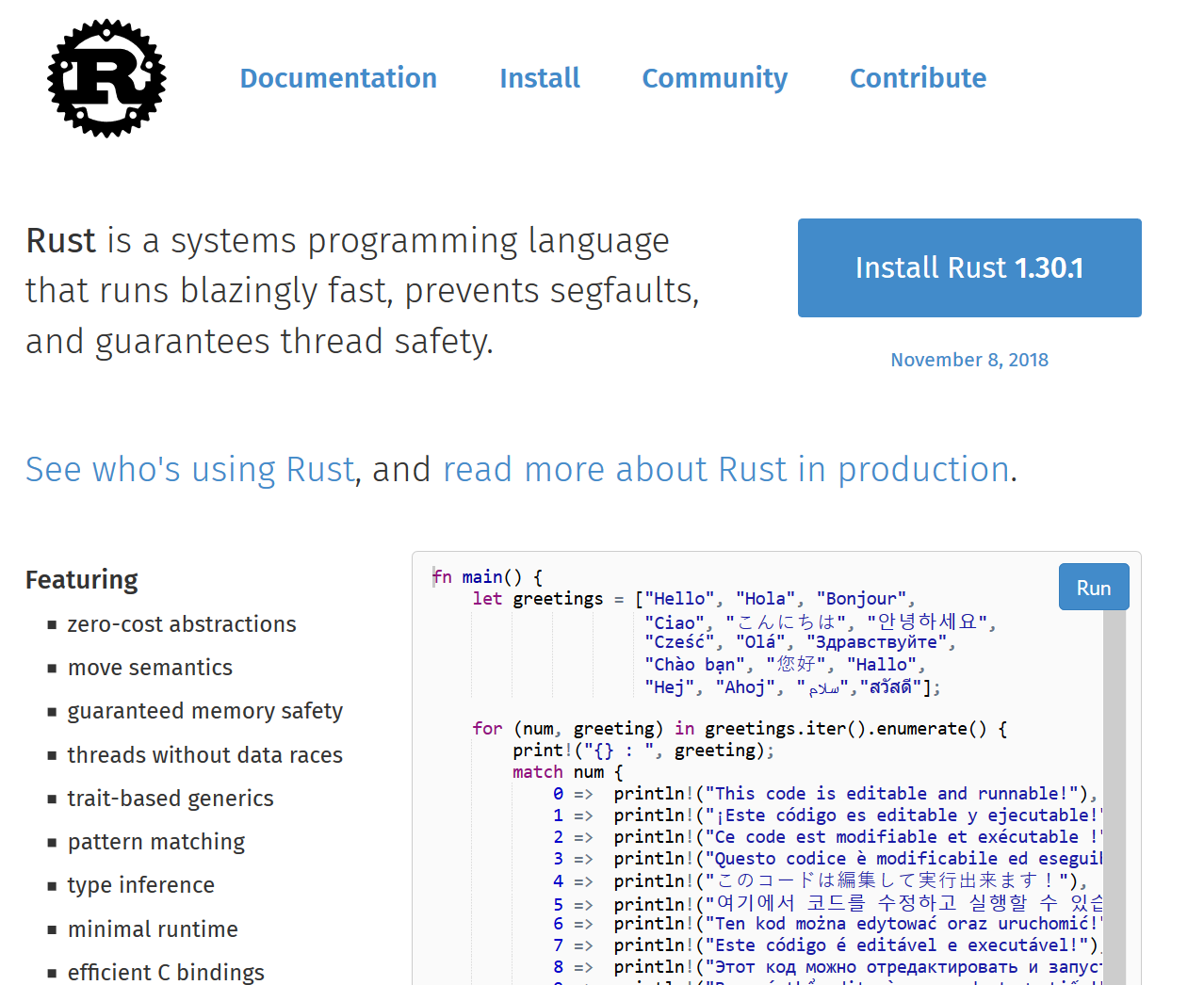 But we can always do better. For example, the website suffers from what we call “the fireflower problem.” First formulated by Kathy Sierra, and made into an image by Samuel Hulick: 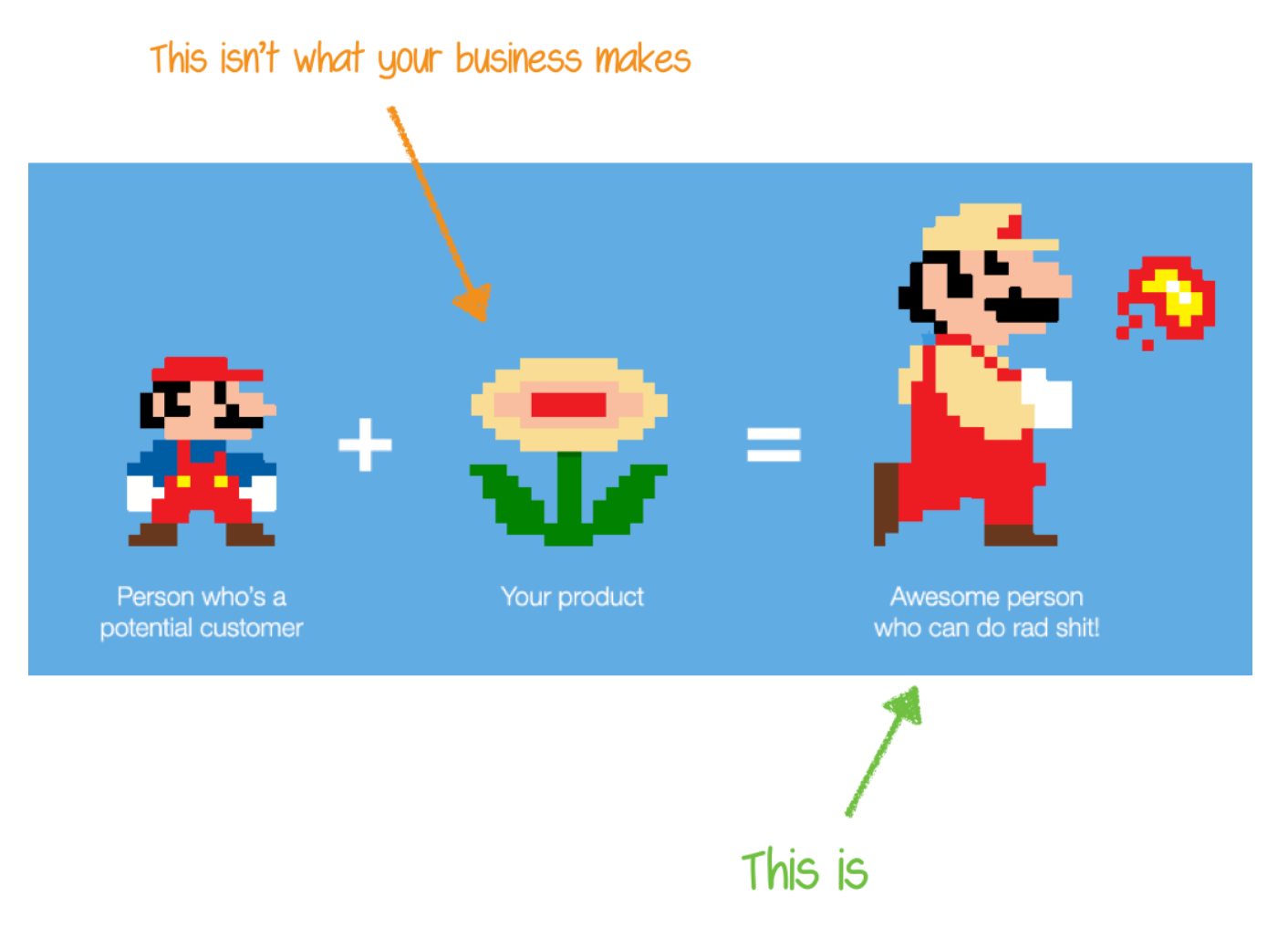 We want Mario to use Rust, the fireflower, and turn into the ever-awesome Fire Mario. But there’s a corollary here: it’s better to say “we will make you into Fire Mario” than it is “we sell fire flowers.”

(As an aside, we had a community discussion on this topic back in 2016.)

doesn’t explain what you can do with Rust, which leads people to say “Rust seems neat, but I don’t know what I would actually use it for.”

We also like the minimalist style of the current site, but it also may be too minimal. Furthermore, it has no room to grow; we have more than just rust-lang.org these days. We wanted a style that we could use to unify all of the websites that we maintain in the Rust project; crates.io being a big one. Its “pool table” design feels extremely different than rust-lang.org, which is confusing.

Doing this requires care, as we don’t want to make the website huge and complicated, but at the same time, using more than black and blue might be nice.

Today, we’d like to announce a beta of the new rust-lang.org. If you go to https://beta.rust-lang.org, you’ll see this: 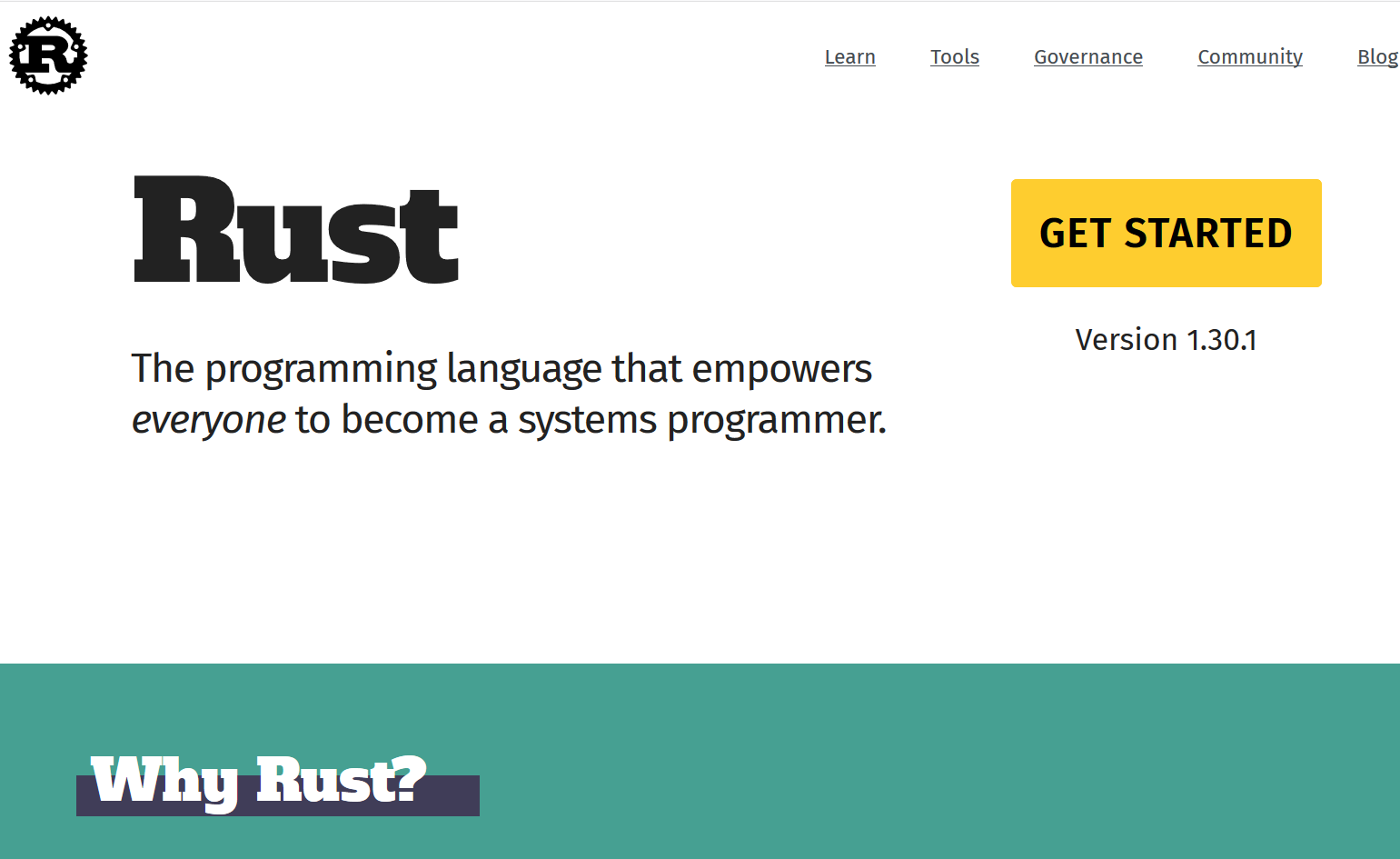 Its fresh visual design gives us a lot more flexibility in how we get information across. It retains the minimalist spirit of the old site, while adding some bold color and visual variety.

We hope you like it as much as we do!

The new site puts the “why Rust?” question front-and-center, and includes dedicated pages for the four application domains we targeted in 2018:

We have also revised the slogan. Historically, it has been:

Like the bullet list of features, this doesn't convey what you can do with Rust. So we've updated the slogan:

Rust: The programming language that empowers everyone to become a systems programmer.

We're still not sure we love the term "systems programming," as it seems like it means something different to everyone, but this iteration is significantly better than the old one. Even if people have different ideas about what "systems programming" means, they at least have some idea. "guarantees thread safety," not so much.

There’s still more work to do:

Please file an issue with any feedback you have! We’re also looking for people with abilities of all kinds to help maintain the site, and especially people with design, CSS, and marketing skills. If you’d like to get involved, please email us!

We’d like to ship this new site on December 6, with the release of Rust 2018. Thank you for giving it a try before then, so we can work out any bugs we find!